My Journey to Acupuncture

Vonda Muncy, LAc, DiplAc, provides acupuncture at her practice, Soul Potential Acupuncture & Wellness in Castle Rock, Colorado, where patients find relief from their pain and optimal healing for the full scope of physical and emotional challenges affecting their health. As a highly trained acupuncturist and traditional Chinese medicine specialist, Vonda welcomes all patients including the LGBTQ community. 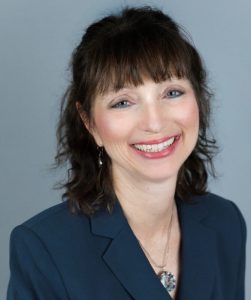 Medical doctors didn’t know what to do other than prescribe antibiotics. Even at that time, I knew antibiotics taken multiple times was not getting to the root of the problem. In desperation, my mom found a homeopath who prescribed a remedy that took my bladder pain away immediately and healed the infection. Eventually, the need to take the remedy became less and less until I rarely, if ever, got another bladder infection. I continued seeing a homeopath for other conditions but what I found was if the homeopath didn’t find the right remedy, nothing happened. As a result, I tried acupuncture. The acupuncturist I began seeing helped me when I came down with the common cold, had debilitating menstrual cramps, issues during pregnancy, and shoulder pain due to repetitive motion and later lifting weights incorrectly at the gym. Every time I left her office, I always felt a sense of well-being along with a relief of my symptoms. Through the years of seeing an acupuncturist, I came to rely on her for any ailment that came along and as someone who listened to what I had to say and always lent a sympathetic ear.

Several years ago, my acupuncturist and I talked about where she went to acupuncture school and the training she received. As a result of our numerous talks, and my keen interest in alternative medicine, I knew it was my destiny to become an acupuncturist. Today, acupuncture is my go-to for every ailment affecting my family. While in acupuncture school, I worked on my husband who has chronic back pain due to a ruptured disc in his lower back. Before I began practicing acupuncture on my husband, there were times when he would be in so much pain he couldn’t go to work. All he could do was lay in bed and take pain killers and muscle relaxers. Now, the frequency between my husband’s back pain episodes has decreased and he no longer needs pain killers or muscle relaxers. When he does feel the pain coming on, I treat him with acupuncture and he never gets to the place where he needs medications or misses work due to back pain.